How to play Lifeboats 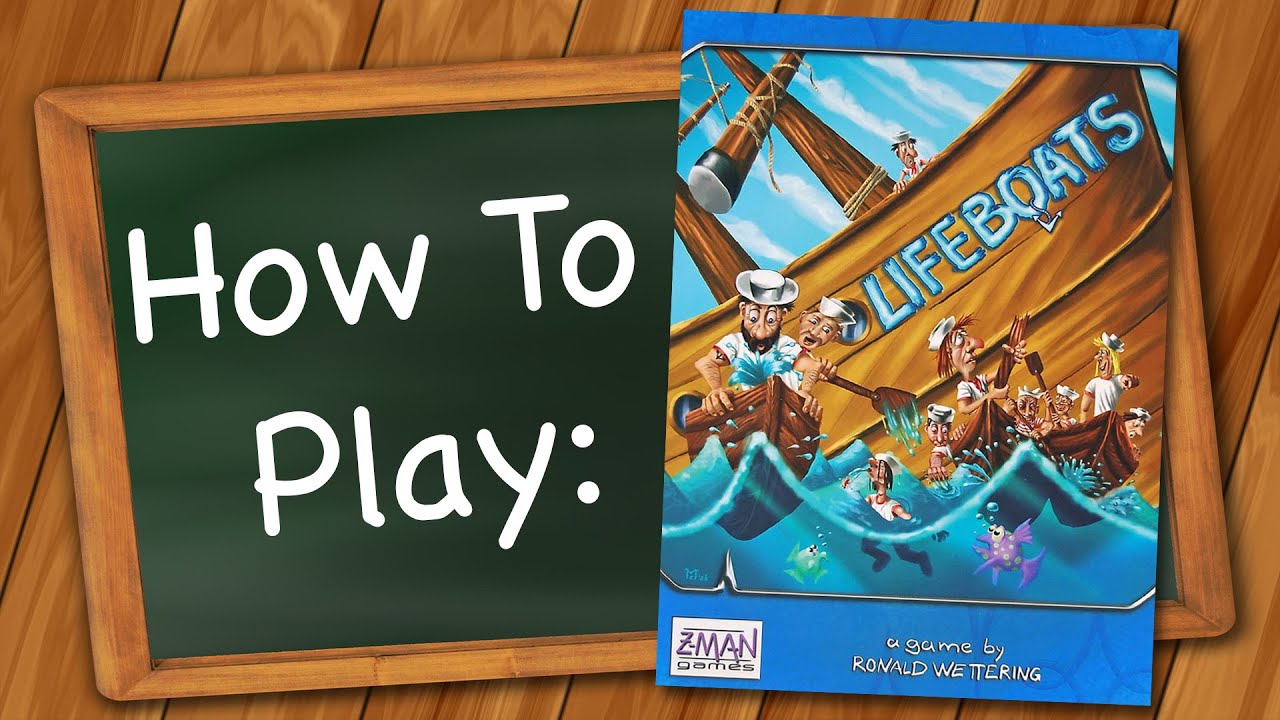 Learn the rules to the board game Lifeboats quickly and concisely – This visually rich video has no distractions, just the rules.

Don’t own the game?
Buy it here: (This Amazon Affiliate link directly supports me)
RULES:

The object of the game is to score the most points by safely bringing your pawns to one of three islands. You have 2 types of pawns, Officers and Sailors. Officers are the larger pieces and are worth more on each island. Lay out the board and each player chooses a color and receives the pawns, boat and identifier chip of that color. (Do not put the identifier chips in the boats as they could risk getting stuck, these are to show what color you are throughout the game). If you are playing with 5 or 6 players, each player receives 4 sailors instead of 5. Each player receives 1 color card of each color and three captain’s hat cards.

Place the blue leaks to the side of the board. Using the colored identifier chips, randomly pick one player to go first, this player receives the back start player token.

Beginning with the start player, and proceeding clockwise, each player places their boat on any of the starting spaces. After everyone has played, the player with the start token places the black boat in any remaining space.

Next, beginning with the start player, each player takes turns placing one of their officers or sailors into any lifeboat of their choice, one at a time, until all the pawns are placed. The game now begins.

Almost everything in the game is determined by voting. Using your colored cards, player’s votes are kept facedown until everyone is ready, then they reveal together and majority decides the outcome. Anytime there is a tie in votes, then the start player decides the outcome between the tied options. You are encouraged to talk and persuade players as much as you like before voting.

In phase 1, every player must vote on which boat will receive a leak. If the chosen boat has any empty spaces in it, the leak is automatically placed there and you move to phase 2. If every seat in the boat is taken by pawns or leaks, then the players in that boat, and only those players, must vote on which color to throw overboard.

During this vote, each officer counts as 2 votes and each sailor counts as 1. So the more of one color you have in a boat, the more voting power you have. A sailor must always be thrown overboard before an officer of the same color. If there is a tie, then the start player decides the outcome even if he doesn’t have a pawn present in the boat. If ever at the end of any phase a lifeboat has more leaks than pawns, then the lifeboat sinks. Remove the boat and any remaining pawns from the game.

Phase 2: Everyone votes and one boat must move 1 space forward. If a boat reaches the island, place all the pawns from that boat onto that island. Remove the boat and place it sideways on the edge of the board in ascending sequence.

In Phase 3, pawns change boats. Beginning with the start player, every player removes one of their pawns from any lifeboat and places it behind that boat. Only one pawn may leave each lifeboat. If you only have pawns in boats already deboarded, then you may not move pawns this turn, and are skipped.

Now, in reverse order starting with the last player, players must move their pawn into a different boat. A pawn may not return to the lifeboat it was removed from. If there are no other boats available to board, then the pawn is removed from the game. If after phase 3, there are boats with more leaks than sailors, then these lifeboats sink.

The round is now over. Pass the start player token clockwise to the next player.

Each player has 3 Captain’s Hats. These cards can each be used once during the voting process to outvote all other players allowing you to determine the outcome. If multiple players play a captain’s hat at the same time, then they cancel each other out, and normal voting resumes. If all players play Captain’s hats then the start player decides the outcome. Each time a captain’s hat is played remove it from the game.