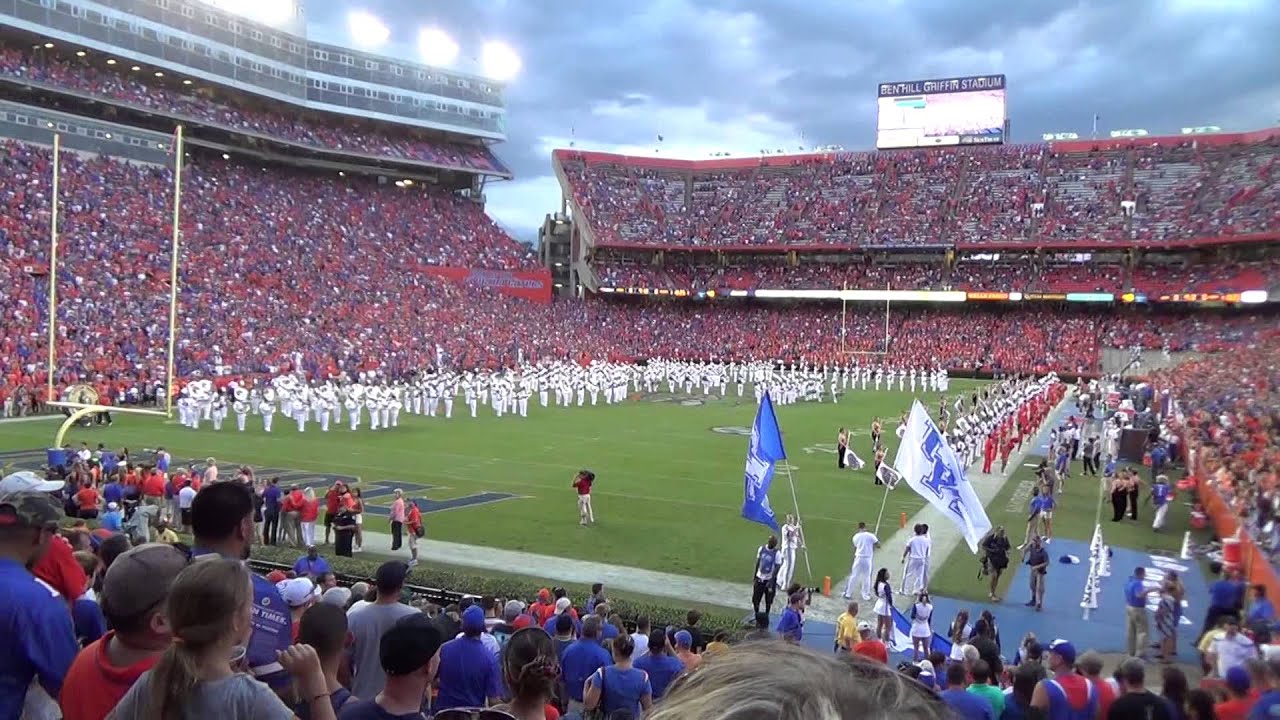 This video is about the game day traditions that take place before and during every home game during the Florida Gators (American) Football season. The home games are played at Ben Hill Griffin Stadium at Florida Field, aka “The Swamp”. The stadium is located on the campus of the University of Florida in Gainesville, Florida, USA. Florida has been playing (American) football since 1906 and has been playing (American) football in this stadium since 1930. The Swamp was the first (American) football specific built stadium in the nation as it has stands that are squared off at the end zones. The other stadiums that were built back then were multipurpose stadiums that had rounded end zones so they could be used for other events like soccer or track and field sports.

This video was filmed during the annual Florida-Kentucky game which was our SEC (Southeastern Conference) opening game that took place on Sept 13, 2014. This game was a tight one as it went into triple overtime which was a first for the University of Florida before the Florida Gators finally put the Kentucky Wildcats away by a score of 36-30. The Gators continue the Nations longest winning streak by beating the Wildcats for the 28th consecutive year. 1987 was the last time the Cats beat the Gators and it took place at the University of Kentucky and the last time the Cats beat Florida in Gainesville was way back in 1978. There was some controversy over a “delay of game” that wasn’t called and here’s what the SEC office says. It is the job of the back judge (referee) to keep his eyes on the play clock when it goes below five seconds remaining. Once the clock hits zero, the referee must then look immediately down at the ball. If the ball isn’t moving when he looks at it, then it is a delay of game. If the ball is moving, then there is no flag. Kentucky fans, please keep in mind that the door swings both ways as I CLEARLY saw a blatantly late hit on one of our running backs after he was down and the play blown dead in the first half of the game. Had the flag been thrown for that penalty, then the Kentucky defender would have been ejected as it was a flagrant spearing of the running back.